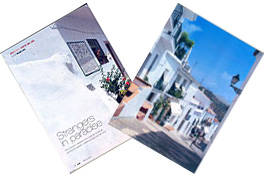 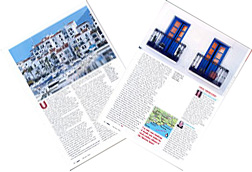 Exerpt from 'An insider's perspective'

Although I could count myself as reasonably well travelled when I moved to Southern Spain in 1997, Andalucía to me was an exotic land of flamenco, bullfighting and a passion that burned brightly in mysterious, brown eyes. For me, as for so many other people from Northern Europe, Spain was the sum of its famous icons, interwoven with short flashes of childhood holiday memories. Living in Andalucía has dispelled and confirmed such images in equal measure. No longer is this the country locked in a time warp that we remember from family holidays in the 1970s; Spain is a dynamic country, developing and modernising at a fast rate, yet despite this it retains a sense of traditional life that is quite rare in Western Europe. Family ties are strong, children adored and those famous, iconic traditions such as fiestas, ferias, flamenco, bullfighting and religious processions remain strong even among the younger generations.

For us, as foreigners used to the modernistic and sometimes rather bland cultures of Northern Europe, the sight of hooded penitents marching in silent procession, the smell of incense at a pilgrimage to a remote shrine, the raucous abandon of a feria and the almost frightening gypsy passion of a flamenco performance are powerful experiences indeed. Clearly, Andalucía is still very much in touch with its past, and the all more fascinating for it. Those who have chosen the pretty white villages of the interior are exposed to this authentic Spanish way of life on a more or less daily basis, but the many who have settled on the Costa del Sol have created a region that is like a European California laid upon a Spanish foundation.

Back to the archive page